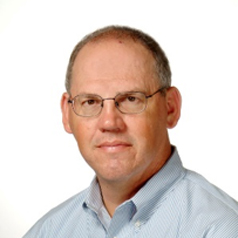 Preston is a proven leader and manager of innovation and technology development with decades of experience across DARPA, NASA, the national labs, and the private sector. He has an extraordinary ability to communicate, problem solve, and create an environment for innovation.

Director of Defense Programs, Lawrence Livermore National Laboratory
Preston worked at LLNL for 15 years alongside a wide spectrum of engineering and management projects related to space systems, airborne sensors, and national security. In his last position, he established LLNL’s Office of Defense Programs and serviced as its first Director. This office had oversight of $170M in DOD programs and established a long term development plan for growing the Laboratory’s “Work For Others” programs.

Program Manager, DARPA
Under a four year IPA assignment from the University of California, Lawrence Livermore National Laboratory, Preston was on loan to DARPA as a Program Manager within the Tactical Technology Office (DARPA/TTO). His area of expertise was high-speed flight and space launch programs. While at DARPA Preston managed five major unclassified programs and dozens of smaller research and development programs. In addition, he started well over one billion dollars worth of new programs. Of these new efforts, Preston directly led and managed more than half of them.

Director of Game Changing Technologies, NASA
Preston was the Director of Game Changing Technology, within the Office of the Chief Technologist at NASA Headquarters in Washington D.C. He was the founding director of the new organization within NASA to enable space technology innovation in a manner similar to DARPA. Preston built a new organization, hired its staff, defined its governance, and developed its operating processes in under a year. Within the first year, this division began over 20 projects, with dozens of projects in formulation. He developed many of these projects, with his team, utilizing collaborations with DARPA, AFRL, Industry, and other NASA Mission Directorates.