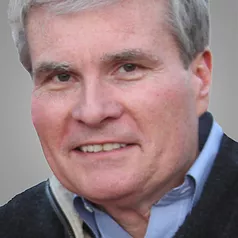 David B. Rogers recently concluded a 30-year career with Latham & Watkins LLP, a leading global law firm which he joined right out of Stanford Law School in 1983. He became one of the firm’s leading partners and was elected by the partners to serve on the firm’s then 5-member Executive Committee which has full authority to manage the firm. Over various years, Mr. Rogers also served as the primary partner in charge of all aspects of the firm’s global risk management, the chair of the firm’s market-leading global project finance practice, the chair of its global finance practice (project finance, leveraged finance, banking, real estate, municipal finance and structured finance), and the partner in charge of managing and expanding the firm’s Asia practice.

Mr. Rogers’ client practice primarily related to energy transactions. He was widely recognized as a top lawyer in the representation of private equity firms, hedge funds, developers, utilities and others in financings, acquisitions and project development matters. He had lead roles in early renewables projects including developing the first utility-owned wind energy project in the U.S. Mr. Rogers led many of the largest transactions in the market including the flagship utility generation divestitures and the first-ever stranded cost securitization. He was the lead partner on one of the largest long-term wholesale power contracts ever concluded. Many of the transaction structures he developed became market-standard templates for subsequent transactions. During his years as a partner, his energy practice group went from a nascent stage to one of the top practices in the world.